Advance TRS are taking on the Three Peaks By Rail challenge next week!

On Thursday 14 June, the team will be arriving in Crewe to start their journey climbing Mount Snowdon throughout the night. Then they will be getting the train to the next mountain, Scafell Pike, which is the highest mountain in England at an elevation of 978 metres (3,209 ft) above sea level. Once they’ve climbed this they will then be getting the train again to the third and final peak, Ben Nevis. This is the highest peak in the British Isles which is in Scotland.

The three mountains total over 30km walking and over 3,000m of ascent. This challenge isn’t being taken lightly! The team have been training for weeks and are now gearing up for this two-day event.

The charity that organises this challenge are Railway Children who are an International children’s charity and they ‘believe in a world where no child ever has to live on the streets’. This year, Railway Children celebrates 20 years of fighting for children alone and at risk on the streets. During that time, they’ve reached more than 275,000 children in India, the UK and East Africa.

Advance TRS’s founder, Andy Ridout, and a few other members of our team, have completed numerous challenges like climbing some of the worlds highest mountains including Mt Everest and Kilimanjaro, completed Iron Man triathlons, marathons and cycling challenges to raise money and awareness for the charity. Some staff have even been out to Africa to visit the projects and witness what money raised can do to help vulnerable children in person.

We are aiming to raise £3,500 for taking part in this challenge!  Click here if you would like to support our team!

We wish our Three Peaks team the best of luck and thank the rest of the business for their fundraising efforts to help raise as much money as we can for this great charity. 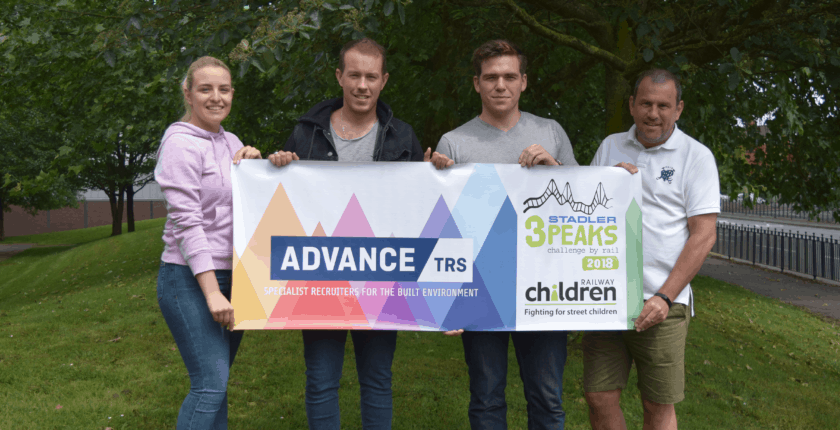